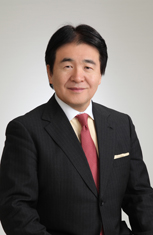 For our June Luncheon Seminar, we welcome Professor Heizo Takenaka.

Since the World Health Organization (WHO) recognized that the spread of the novel coronavirus had become a pandemic in March 2020, countries around the world simultaneously found themselves in a battle with the same challenge. This challenge is to both prevent infection and maintain the economy.

In Japan, as a result of an April-May declaration of state of emergency, the number of infected people fell to a certain level, while GDP from April to June fell to negative 28.1% on an annualized basis. Following the state of emergency, the country battled infection numbers while rolling out economic stimulus measures like the Go To Campaign. Then, in January 2021, the number of infected people grew through the time the second state of emergency was declared, reaffirming the difficulty of establishing a balance between infection prevention and the economy.

It is also said that the pandemic will bring about great change in society and lifestyles (and accelerate changes). Under these circumstances, how should Japan’s economy be rebuilt and reshaped with a mind to the “with corona” and “after corona” eras?

At this luncheon seminar, Professor Heizo Takenaka will offer his thoughts on the topic of “The Pandemic and the Japanese Economy,” expounding on what is needed for the Japanese economy and what discussions must be had in this area."

* Drinks not included.
* Cash payment required.
* Meal service will not be provided after starting the seminar.
* The event will be in Japanese ONLY.
* We ask for your kind understanding as events may be changed or canceled in the future as a result of requests from the Tokyo government, changes in the state of the pandemic, or other factors.

Heizo Takenaka is a professor emeritus at Keio University and a professor at Toyo University in Japan. And was formerly Minister for Economic and Fiscal Policy etc (2001-2006). In his capacity as an economist and as part of his social activities, he also serves on several advisory boards and committees including: Member of the Policy Council under Abe Administration; Director, Academyhills and Chairman, Pasona Group Inc. and Outside Director, Orix Corporation and Independent Outside Director, SBI Holdings Inc. He was named to the Foundation Board of the World Economic Forum in 2007. Professor Takenaka’s research interest is in economic policy.